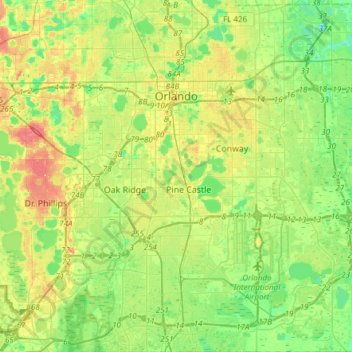 According to the Köppen climate classification, Orlando has a humid subtropical climate (Cfa) like much of the deep Southern United States. The two basic seasons in Orlando are a hot and rainy season, lasting from May until late October (roughly coinciding with the Atlantic hurricane season), and a warm and dry season from November through April. The area's warm and humid climate is caused primarily by its low elevation, its position relatively close to the Tropic of Cancer, and its location in the center of a peninsula. Many characteristics of its climate are a result of its proximity to the Gulf Stream, which flows around the peninsula of Florida.