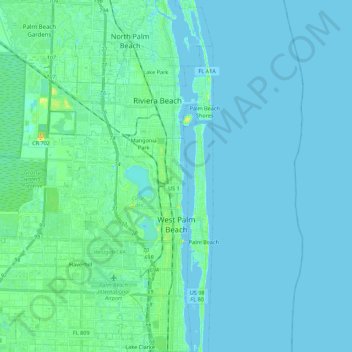 Northwood Hills Historic District: On August 4, 2003, the City Commission designated the Northwood Hills neighborhood as the 13th Historic District in the City of West Palm Beach. Northwood Hills comprises the area from 29th Street on the South to 39th Court on the North. The east side of Windsor is the Western boundary, and Greenwood Avenue is the Eastern boundary. The Neighborhood Association has worked several years to achieve the distinction of historic designation. This is the first district to be designated since 1996. Northwood Hills has a number of Mission Revival houses, a significant collection of Post-World War II architecture, a unique street layout, and one of the highest elevations in the city. The Northwood Hills neighborhood has also elected to allow the establishment of Bed and Breakfast establishments within the neighborhood.